Before Sandpoint officially became a village in 1901 and a city in 1907, it was part of the home of the Kalispel Tribe of Native Americans.  Their ancestral lands extended across all of Priest and Pend Oreille Lakes, up the Pend Oreille River into Canada, and as far east as Montana. Northwest Company fur trader David Thompson was one of the first settlers to establish a relationship with tribes, including the Kalispel, and helped establish fur trading in the area in 1809.  Northern Pacific Railroad surveyors arrived in the area in 1880, attracting a few permanent settlers. That same year, Robert Weeks opened a general store in what was then called Pend Oreille, the little settlement that sprouted up on the east side of Sand Creek opposite the present Sandpoint City site. By 1882, Northern Pacific began building the stretch of railroad that ran between Montana and the tiny community of Pend Oreille.  The settlement grew slowly over the next decade, during which time its name was changed to Sandpoint.

In 1892, Great Northern Railroad arrived in what is now Bonner County.  Its first agents were L.D. Farmin and his wife Ella Mae.  The Farmins bought rights to 160 acres along the west edge of Sand Creek and, after “proving up” on homestead property, platted the City of Sandpoint in 1898.  The forests and rich mineral deposits in the Pend Oreille region attracted settlers to small communities forming throughout the area.  Timber became the main industry in Sandpoint and Kootenai, and mills like the Humbird Lumber Company thrived in Sandpoint into the late 1920s.  Farming was also becoming a popular activity on the cleared forest land.  Called “stump ranches”, these farms primarily grew hay because the short growing season in Northern Idaho made it difficult to grow other crops.  The hay was used to feed the horses lumber companies used to harvest and process the wood.

The Village of Sandpoint was incorporated on February 7, 1901, by the Kootenai County Board of County Commissioners.  Present day Bonner and Boundary Counties were a part of Kootenai County at that time.  The Kootenai County Commissioners appointed five village trustees who first met on February 25, 1901, in the Sandpoint courthouse to take their oaths of office.  The first village election was held in April of that year.  Judge Whitaker was the first chairman of the trustees elected by the voters - not the first mayor, as is popularly thought.

Almost six years later, on December 12, 1906, 270 of the 282 qualified electors of the Village petitioned the Board of Trustees requesting that the Village of Sandpoint be organized and changed to a city.  On January 15, 1907, the Village of Sandpoint became the City of Sandpoint.  The April, 1907, election moved the City into a mayor/council form of government - the same form of government we have today.  A mayor and eight council members were elected biennially until 1919 when the Council was reduced to six members.  Dr. O. F. Page, who had served as chairman of the Trustees in 1902 and 1905-1907, was elected Sandpoint's first mayor.  He served one term as mayor from 1907 through 1909.  On February 2, 1907, a portion of Kootenai County was incorporated to become present day Bonner County.

By mid 1908, work had begun on the bridge connecting Sandpoint and Sagle.  It was completed in 1910 and was just under two miles in length.  The bridge was replaced and dedicated in 1934 and replaced again in 1956.  The first two versions of the span aligned with Sandpoint’s First Avenue – unlike today’s alignment with Superior Street.  The Long Bridge Sandpoint residents and visitors use today was built in 1981.  The Panida Theater was built in 1927 to enhance entertainment options for area residents.  The 1940s brought Farragut Naval Training Station to the area and about 300,000 new servicemen.  In 1963, Schweitzer Basin ski area opened, which brought more people to the area for skiing.  North Idaho’s many unpopulated areas and rich, diverse recreational opportunities began to attract many more to the region in the 1970s.  A growing arts-oriented population helped form and support the Pend Oreille Arts Council (POAC) in 1978.  Between the 1980s and present day, Sandpoint has transitioned from a resource-based economy to a more balanced diversified one with manufacturing and recreation amenities.

Sandpoint has been served by 19 trustees, 31 mayors and just over 150 council members. Fourteen of those council members have also served as mayors.  At this time, Sandpoint's mayor is paid $1,000 per month; council members receive $200 per month.  These salaries are set by ordinance.  Idaho Code Title 50 contains most of the present laws of the State of Idaho regulating the formation and powers of cities within our state. 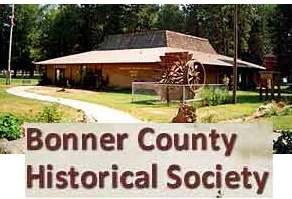