The Sandpoint Police Department accomplishes its mission through the use of its Patrol and Criminal Investigation Divisions. The department has developed many programs for crime prevention and outreach for our community. These programs include a Bike Patrol Unit, a K-9 Unit, a School Resource Officer (a 60/40% school district/city funded partnership program), Refuse to be a Victim Program, Bicycle Rodeos and a Sandpoint High School Criminology Class.

These programs have increased the department’s partnership with the community and have resulted with an increase in trust between our community, guests and the Sandpoint Police Department.

The police department is comprised of 19 full time sworn officers, which includes:  The Chief of Police, a Captain, a Lieutenant, four detectives, one school resource officer and eleven sworn officers in patrol.  The department also has three support staff and six to eight reserve officers. 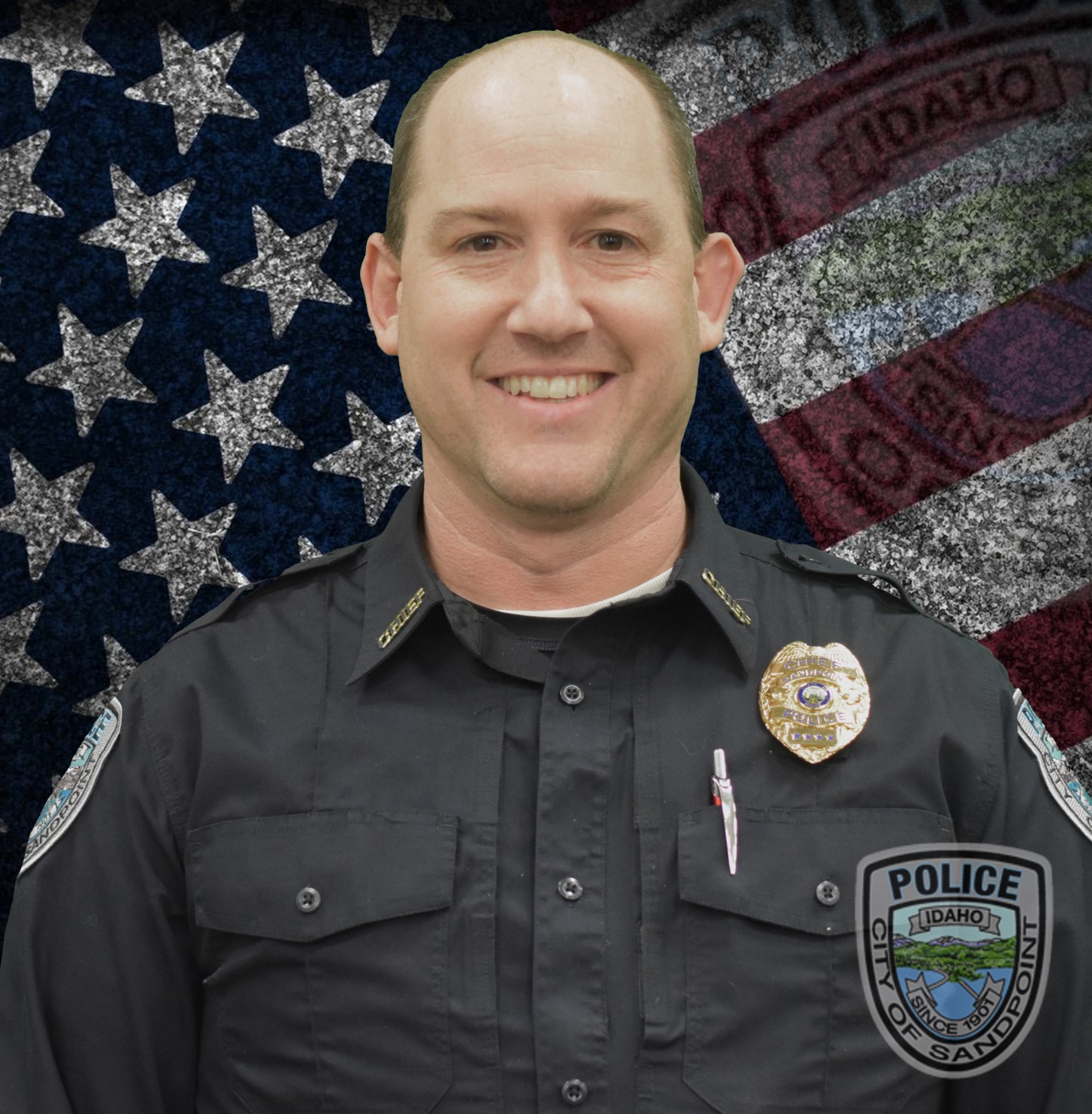 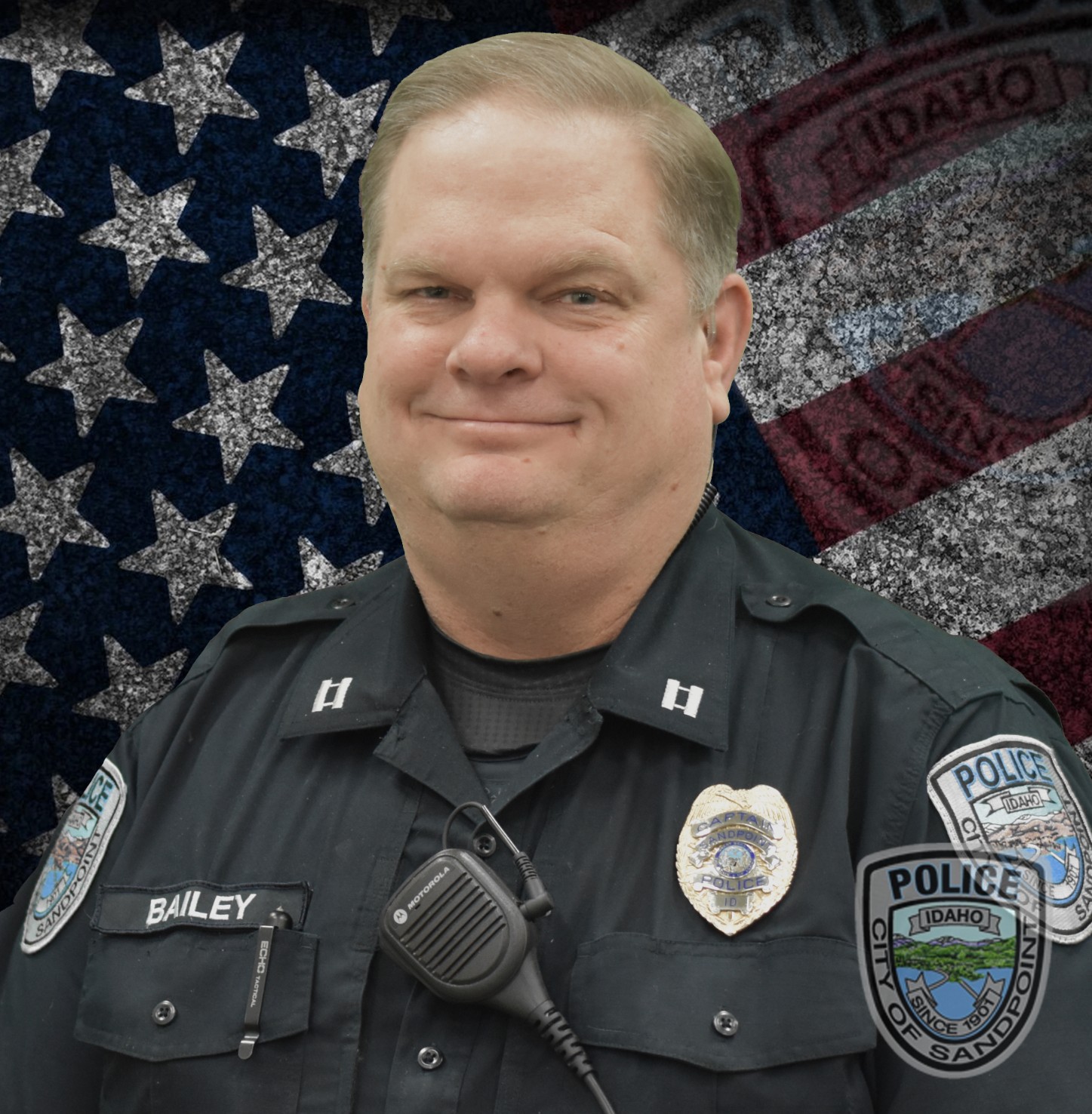 Captain Bailey started his law enforcement career with the Bonner County Sheriff’s Office in 1989 as a Reserve Deputy.   After a short time as a Reserve Deputy, Captain Bailey was hired full time as a Detention Deputy.  He served as a Detention Deputy for about a year before transferring to a full time Patrol Deputy position.  In 1995 Captain Bailey was hired by the City of Sandpoint Police Department.  Over his career he has held several positions which includes Patrol Officer, Patrol Corporal, Patrol Sergeant, ERT (Emergency Response Team), FTO (Field Training Officer), BTS (Breath Testing Specialist) and Firearms Instructor.