In addition to the improvements done on Second Avenue in 2011, SURA, under the direction of the Sandpoint Arts Commission and in conjunction with the City of Sandpoint and the Downtown Sandpoint Business Association, helped to fund the installation of ADA compliant benches.  Also completed was a statue by local artist Peter Goetzinger.  The statue, located in front of US Bank, is that of David Thompson. Thompson was a well-known explorer who along with his partner Finan McDonald came to this area in 1809.  SURA funded $10,800 of this project in 2012.

After two years of planning and construction, the Windbag Marina project was completed in August 2012.  The improvements will not only benefit boaters, but pedestrians seeking to enjoy the beauty of the lake as well.  There is a paved pathway leading out to the end of the jetty where there are now places to sit and enjoy the view. The marina is fully ADA compliant complete with paths as opposed to stairways.  SURA funded $100,168 of this project in 2012. 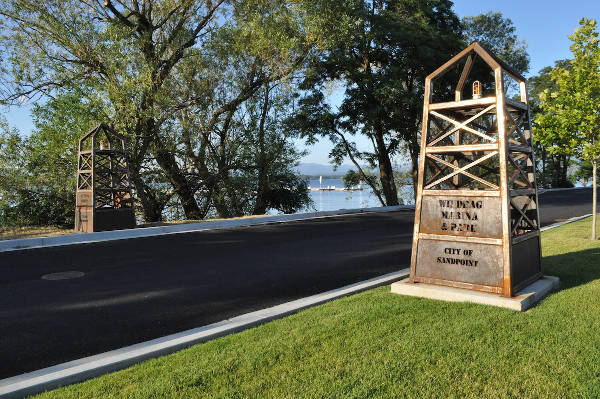 The summer of 2012 many enjoyed the extended and improved boardwalk, which includes concrete benches.  Many more boaters were able to dock their boat and enjoy the downtown shops and restaurants.

A kayak dock was installed allowing kayakers to easily launch from the boardwalk area just behind the Panida Theater.  Also installed were historic photos donated by Dann Hall which depict Sandpoint in earlier times.  SURA funded $226,982 of this project in 2012 and the project came in under budget. 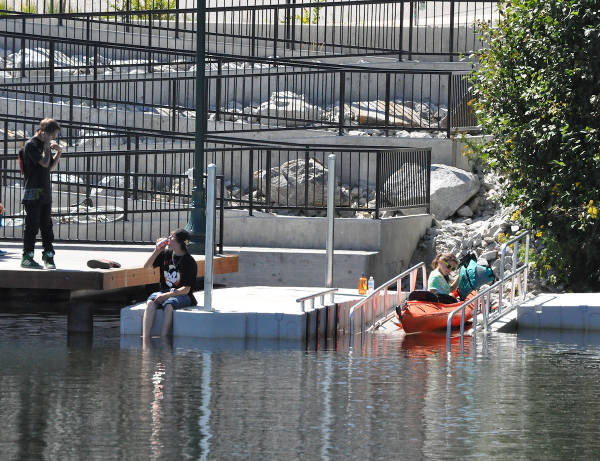 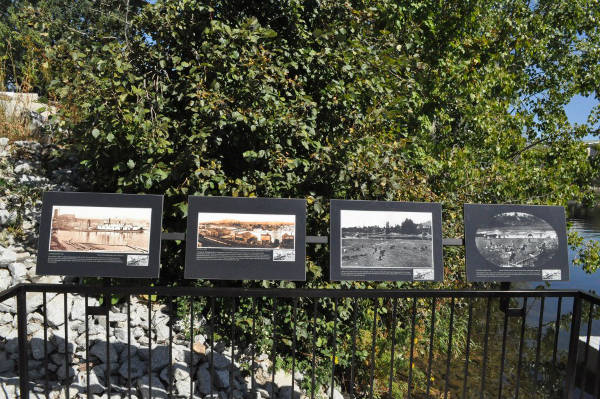 In line with its goal of providing economic vitality, helping to create jobs and encourage investment, SURA provides the Downtown Sandpoint Business Association with a grant to accomplish many of their projects in the hope that the downtown area will become a place where businesses want to be located, visitors want to come to and local residents come to enjoy the many amenities this town has to offer.  Some of the projects of the DSBA that are in part funded by SURA include Summer Sounds concert series, Holly Eves, First Thursdays, the Wooden Boat Show, the position of the downtown caretaker and new this year is the addition of Savor Sandpoint, a program created by Sandpoint Forward to enhance the culinary tourism program.  In 2011/2012 SURA provided $44,250 to the DSBA.

SURA provided funding to assist North Idaho College to move into the Sandpoint Events Center, familiar to many as the ninth grade center, on Pine and Euclid.  The establishment of North Idaho College’s presence in the City of Sandpoint will benefit many.  In addition to classes offered to college students, many at Sandpoint High School will have the ability to enroll in dual credit courses.  It is the hope of many and plan of those involved that NIC in Sandpoint will expand to offer associate degrees.  SURA funded $40,000 of this project.

The historic Panida Theater in Downtown Sandpoint has received a total of $53,067 from Sandpoint Urban Renewal Agency so far in 202.  The money is being used to help renovate the interior and exterior of the theater and a portion will also be put towards the purchase of a digital projection system, something which the  film industry is mandating in the very near future. Realizing the Panida Theater is an economic driving force in the downtown area, the SURA board stated that participating in the funding of this project will have a long lasting effect on the economic vitality of downtown.

Sandpoint Forward is a sub-committee within the DSBA’s local restructuring committee whose focus is to bring new ideas to help in the economic growth of the area.  Much of the funding to implement their projects comes from SURA.  Some of the most recent projects this year included Wheelbarrow Wednesdays which highlighted food of local growers in a dinner served at Pend d’Oreille Winery.  Sandpoint Forward was also responsible in part for bringing North Idaho College to the City of Sandpoint and helping to explore the many opportunities it can provide for area residents.

Sandpoint Forward was also the driving force behind the chairlift pitch at Schweitzer Mountain.  The event allowed local entrepreneurs to present their ideas to local business people.  The winner was given a monetary award of $1000 and offered free office space at Panhandle State Bank’s building for a period of six months.

SURA helped fund the Curve concept study to help guide the City through the process of this last downtown highway project. The couplet will have two lanes traveling in each direction with Fifth Avenue traveling northbound, the old railroad tracks traveling westbound and a roundabout located at the intersection of Boyer Avenue, Pine and Highway 2.  In 2012 SURA funded $28,843 of this project.

Now that the byway has been completed and once what has become known as “the curve” on Highway 2 is complete, the City of Sandpoint will once again have jurisdiction over its downtown streets, which up until now has been under the direction of the Idaho Transportation Department.  In anticipation of this, the City of Sandpoint retained the consulting firm, SERA, to come up with street design concepts.  In 2012 SURA has funded $33,881 of this project.

SURA provided a grant of $20,899 to the University of Idaho, the purpose of which was for the University to conduct a feasibility study of the greenhouse vegetable industry. The College of Agricultural and Life Sciences, through its Senior Design Projects in the Department of Biological and Agricultural Engineering, are leading this feasibility study. The goal is to determine the feasibility of greenhouse vegetable industry.  The next step would be to construct a “pro-type” greenhouse that is optimal for our area.