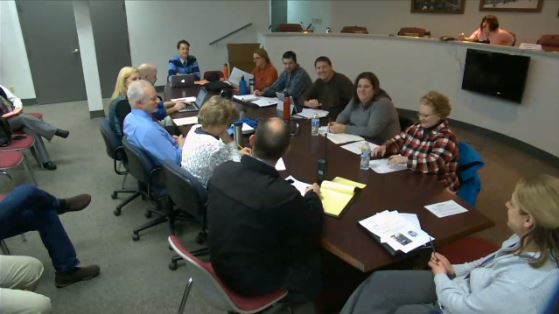 The City of Sandpoint operates under the Mayor-Council form of government.  This system of government is based on the separation of powers and a recognition of a need for checks and balances.  There is a division of responsibility so that each branch of government (Executive-Legislative) depends upon the other and no one branch dominates or monopolizes power.

The Mayor of Sandpoint is elected by the City residents and serves a four-year term.  The Mayor serves as the chief administrative official of the City and is responsible for implementing and administering laws and policies adopted by the City Council (Legislative Branch), as well as managing government operations.  In addition, the Mayor develops policy recommendations for the Council and nominates individuals to serve in appointed offices, permanent City boards, commissions and committees subject to confirmation by a majority of the City Council.  The Mayor presides over City Council meetings, determines the order of business and votes, when required, to break a tie vote of the City Council.

The City Council is made is made up of six representatives elected by the City residents and who serve four-year terms.  The Council is responsible for passing laws and policies, setting a budget and appropriating money to fund government operations.  In addition, the Council adopts the City’s comprehensive plan, which serves as the City’s plan for future growth and development, as well as urban renewal plans.

"Distinctive City, Thriving Future!"  Developed in 2018, the Strategic Plan provides a framework for the future of the City, identifying long-term aspirations for the city's future, and near-term strategic priorities for planning and actions to realize that vision.

Review the PowerPoint presentation and the full 2018-2020 Strategic Plan here...